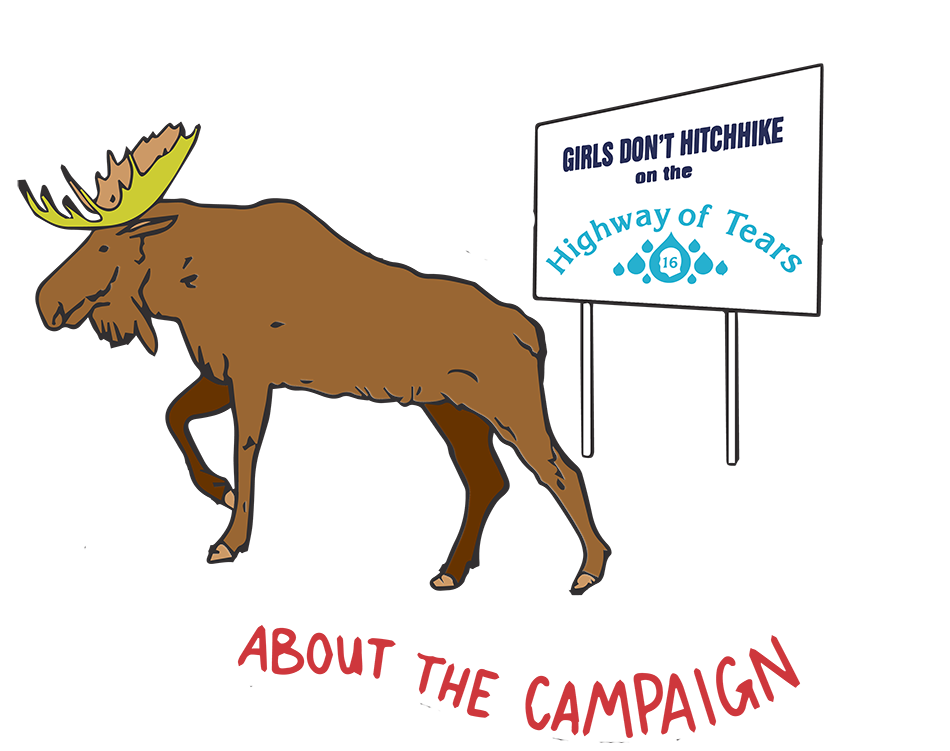 Back to the event map
About the Campaign

The idea for the Moose Hide Campaign came to our co-founders while they were hunting near the Highway of Tears in northern British Columbia. That highway has seen many tragedies, with a huge number of women, particularly Indigenous women, going missing or being murdered along its many kilometres.

While hunting a moose in their traditional territory alongside the highway back in 2011, Paul and Raven Lacerte decided to use the moose hide to inspire positive change, particularly as a way for men and boys to stand up and say no to this violence. The campaign has gained momentum and is now a nationally recognized movement, established in over 2,000 communities with over three million pins distributed.

We encourage men, boys, and everyone on Turtle Island to join us and take action in their communities, in their workplaces, at school or on university campuses.

Together we can end violence against women and children.