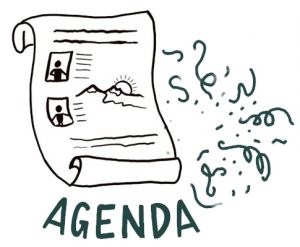 Back to the event map

Here’s what’s happening on the day...

*We will be streaming a daybreak ceremony when the sun touches Turtle Island in the east, and a fast-breaking ceremony when the sun leaves Turtle Island in the west. This livestream will be available via our event microsite and social media channels. Participants in other time zones can view the Daybreak Ceremony livestream in the morning when they start their day.
** Moose Hide Campaign Day is a day of ceremony and gathering. A central aspect of the day is the request from the Moose Hide Campaign family for important members of the community to act as witnesses of the day. Witnesses will be called forward at the beginning of the day and at the end of the day – and after the Fast-Breaking Ceremony the witnesses are invited to share a few words about the day. Please ensure you join us at 5:29pm PST to help support and complete the work and ceremony of Moose Hide Campaign Day on February 11th, 2021. 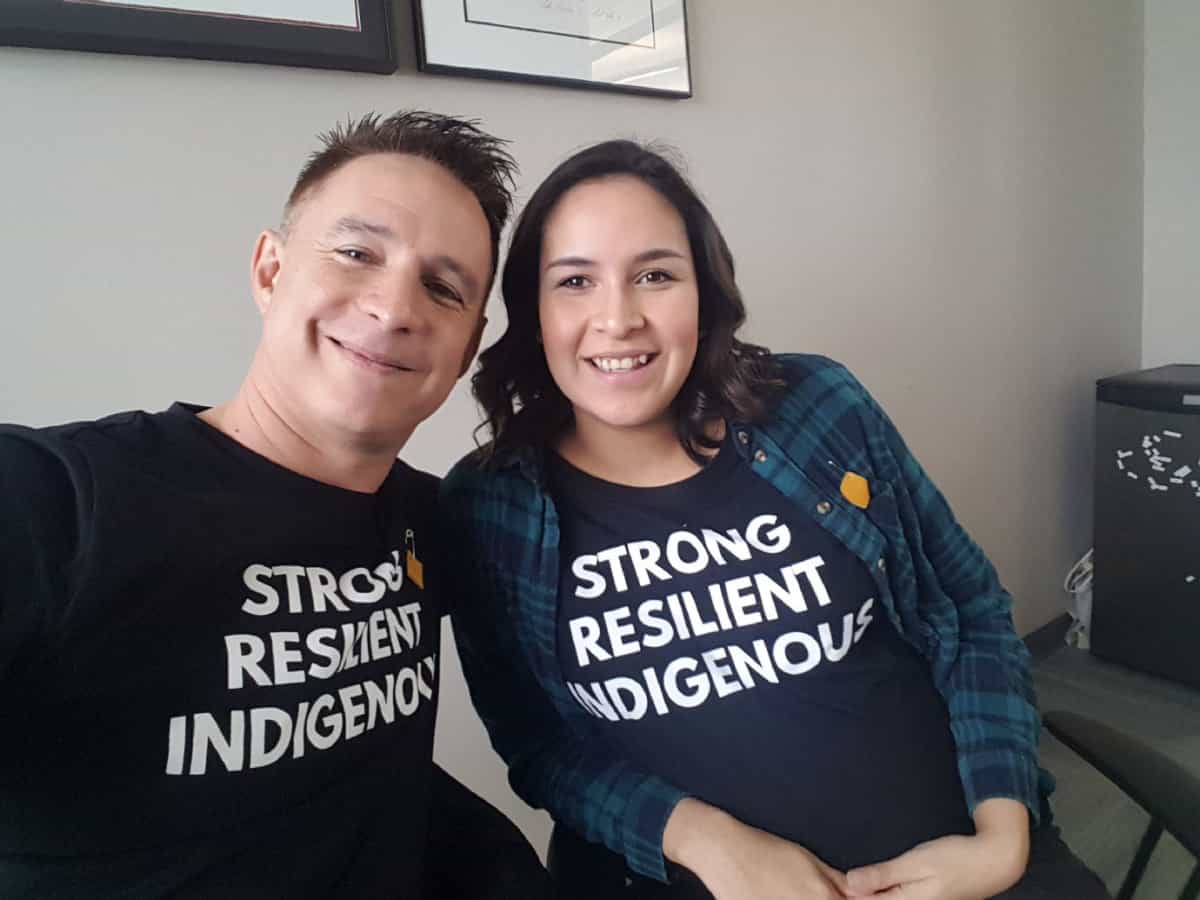 Kicking off the livestream are Campaign co-founders Raven and Paul Lacerte. They started the movement 11 years ago after the idea came to them on a moose hunt on their traditional territory just outside of Fraser Lake. They are both now ambassadors for the campaign and Raven leads outreach work with Indigenous communities.

Born of a Quebec father and an Innu mother, Michèle Audette, a mother of five children, became involved very early in her life in the fight to end discrimination against Indigenous women. At the age of 27, she became president of the Quebec Native Women’s Association. She then held the position of Associate deputy minister for the Secrétariat à la condition féminine du Québec. From 2012 to 2014, she was President of the Native Women’s Association of Canada. In 2016, she was appointed Commissioner for the National Inquiry into Missing and Murdered Indigenous Women and Girls.

Michèle Audette has made an outstanding contribution to the defence of Indigenous women’s rights in Canada. Through her political and social commitment, she has played a key role since the 1990s in transforming relations between Aboriginal peoples and Euro-descended society in Québec and Canada, particularly by giving visibility to the political and social issues affecting Indigenous women. She has successfully advocated and continues to advocate for changes in provincial and federal policies to address discrimination, violence against Indigenous women and social inequalities.

In August 2018, the University of Montreal awarded Michèle Audette an honorary doctorate to acknowledge the scope of her commitment to Indigenous women’s issues, the crucial role she played in mobilizing for the creation of a national commission of inquiry into missing or murdered Indigenous women and her tireless work for reconciliation among peoples. 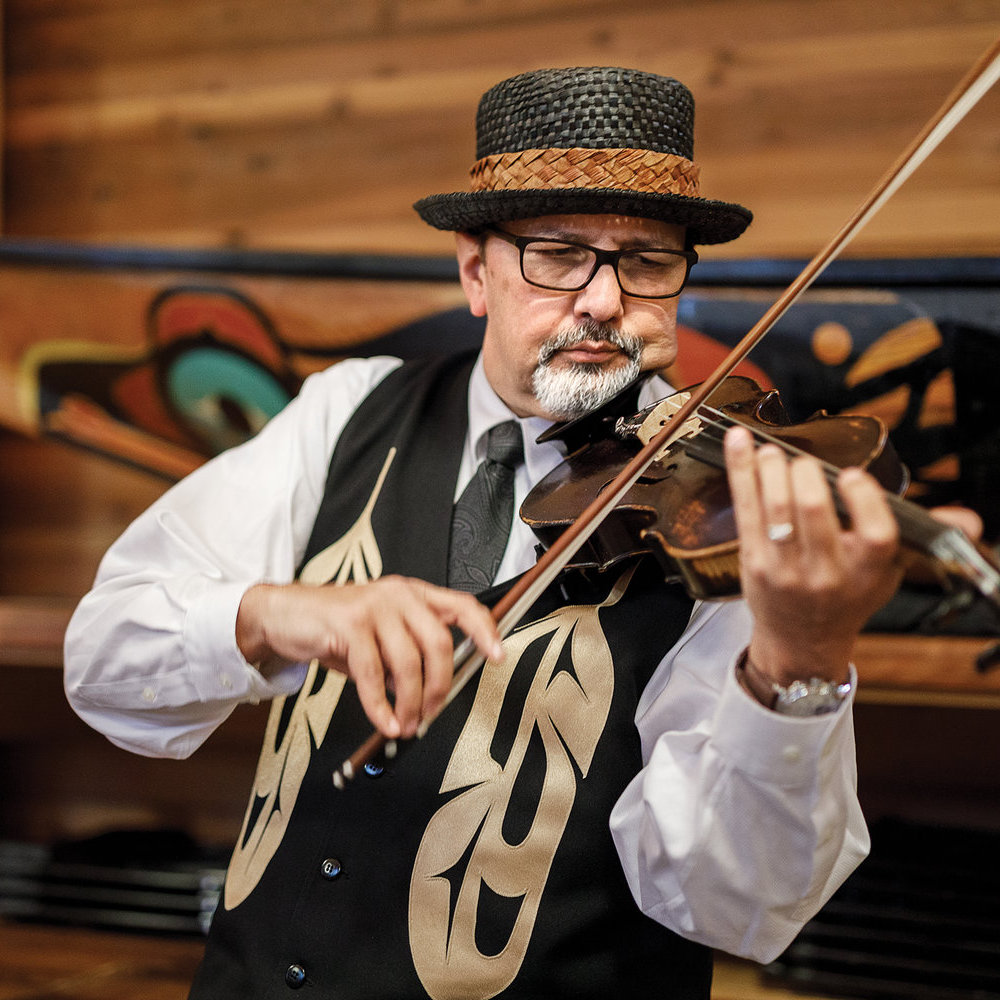 Swil Kanim is a storyteller, actor, classically trained violinist, US Army veteran and a member of the Lummi Nation who grew up in Washington State. For many years he has traveled up and down the West Coast, playing violin and telling stories at schools, community events and festivals. He plays his own compositions, which incorporate classical influences but are infused with his own life and musical influences. He has been a featured performer at the American Indian Film Awards in San Francisco since 2003. The recipient of many awards and honors, Swil Kanim performed at the West Coast American Indian Music Awards in 2008, where he was presented with both the classical and traditional instrument awards. That same year, he was invited to perform for the Dalai Lama at Key Arena in Seattle for the Seeds of Compassion event. He passionately encourages and inspires people of all walks of life to honor their Vision and follow their Passion. 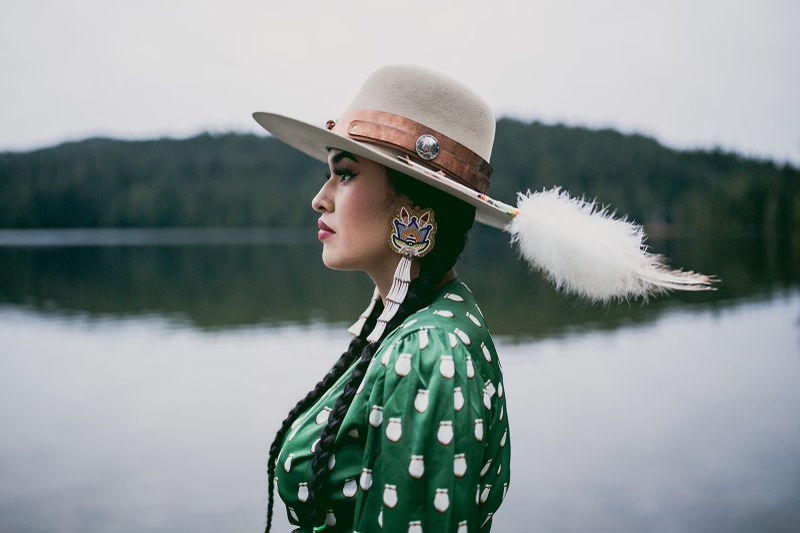 Tia Wood is a recording artist from Saddle Lake Cree Nation Reservation, just outside of Edmonton, Alberta. From a young age, Tia and her family knew she was born to sing. She started performing with her family at powwows, and shortly thereafter, began to record Indigenous songs on YouTube. This garnered attention, as Tia began to develop into a young role model - breaking colonial boundaries, through songs of her ancestors - in performances, live and virtual.

She sang a mix of songs from traditional round dance, pow-wow, R&B, country, pop, soul, peyote, and family sweat-lodge songs. Her presence on early social platforms was received very well and Tia continued to win prestige within the Indigenous community at powwows and awards and honors for her singing and dancing. Social media tides began to shift and naturally led her into big waves of success as a content creator and singer on Instagram and TikTok.

Tia is a leader in the new wave of young, unafraid, and unabashedly Indigenous youth surging on these social platforms. While the title ‘social influencer’ has been used in referencing Tia, she is far more than that and quickly transcending this box. Tia was born to sing and is embarking on her first recording sessions for her debut album. The music industry has taken quick notice of her sheer talent and her unique positioning, bridging the gap between traditional Indigenous song and culture, mixed into a modern, pop-forward sensibility.

Tia’s larger message is to celebrate the resilient stories of her people and culture, that serve to empower youth - especially young Indigenous womxn. The world is primed for Tia’s rise, and there is a strong sense that things are lining up for a big splash to come out of her burgeoning singing career.

No matter if the world proves unprepared for her arrival, the gates are about to blow off the hinges, regardless. Tia and the new Indigenous youth are coming and will not be silent.

Find out more about the Campaign